Since we have been in business a lot has changed over the past 60 years but working with clients to plan for every season of their life has remained a passion of ours. Our philosophy, in large part, is related to the personal story of one of our co-founders David Harper. Growing up in the Salvation Army David’s path led him to study religion for his undergraduate degree. David then went on to become a youth pastor. He realized early on in his adult life that God wanted him to extend his ministry beyond the church building. 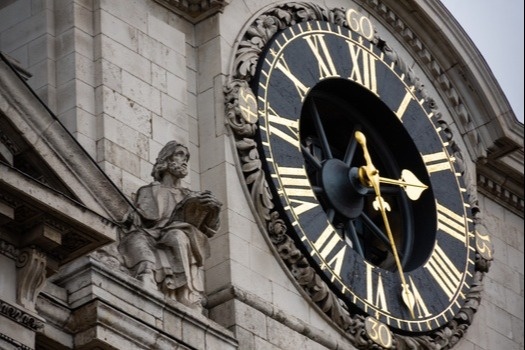 At this point David became a social worker investigating incidents of child abuse. It quickly became apparent to him that people’s management of their finances has a significant impact on their relationship with God and other people, especially within their family. There was a three-week period in which David’s aunt passed away, his father almost died, and a co-worker died in his arms. David quickly realized that all these people worked hard all their lives and had very little to show for it financially. David was approached by his father-in-law Renato Zucchelli, the original member of HPK Provident Advisors, to join his company, known then as Zucchelli Investments. David looked at some of Ron’s client records and saw numerous examples of clients who were not high wage earners but had a substantial amount in their investment accounts. Ron explained that these clients live within their means and invest the rest on a monthly basis. After seeing the impact that Ron had on these people multi-generationally, David took it as a sign from God to make one last career change.

Ron Zucchelli has since retired but his legacy along with the lessons he passed on remain an integral part of HPK Provident Advisors. We have continued to grow over the years, adding a third generation of advisors including Colin Harper CFP®, Michael Kutch CFA®, Brian F. Paluso CFP® CLU® AIF® RICP®, and Laura Weider.  Recent additions to the HPK team are Client Experience Specialists Michelle Routh and Allie Schmitt who joined us to better support our clients as we work together to meet their goals.

We realize that investing is much more than picking the right stocks, bonds or mutual funds. Allow us the opportunity to show you the difference it can make when your financial advisor stops just selling you an investment and starts planning for each season of your life.